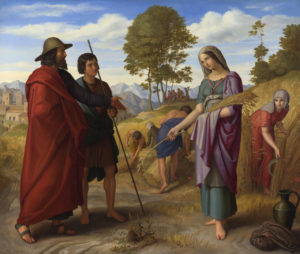 THE ROLE of the kinsman-redeemer and God’s willingness to accept Gentiles who seek Him are the themes of the Book of Ruth, which records the story of a young widow from Moab who finds favor and “rest”–security–in the person of Boaz, a relative of her late father-in-law.

We discuss the faith and loyalty of Ruth, the love of her mother-in-law Naomi, and the role of Boaz as a Christ figure as he fulfilled the role of kinsman-redeemer–and in the process, became the great-grandfather of David, the future king of Israel.