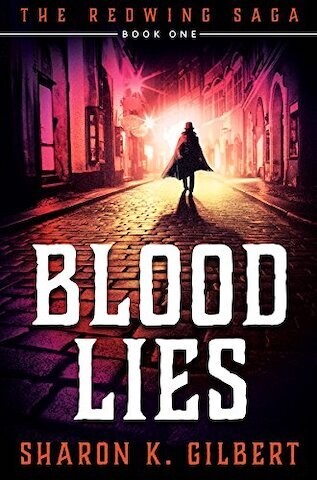 Blood Lies: Book One of The Redwing Saga

The Ripper murders did not begin in 1888, but in March of 1879, when a beautiful woman is found slain and dismembered on Commercial Street in Spitalfields, London. When detectives arrive, they find not only the broken body of the victim, but a child who remembers nothing of who she is or how she came to be at the scene. Because the little girl has no known home, a gentle-hearted detective inspector named Charles St. Clair takes her to his home, and from that point on, his life will never be the same. Over the course of the next ten years, he’ll learn not only all about the girl but also about himself. And St. Clair will learn the truth about a supernatural battle that has been raging across England for four hundred years.

The Redwing Saga presents an alternative telling of history, pulling back the veil of secrecy put into place by those who would deceive and destroy. Geopolitics, criminal investigation, and science merge with secret societies, angelic warfare, and human free will. Book One of the series, Blood Lies, introduces the characters—both human and non-human—as well as their backstories, and it starts us on a journey that will eventually lead from Whitechapel to World War II.