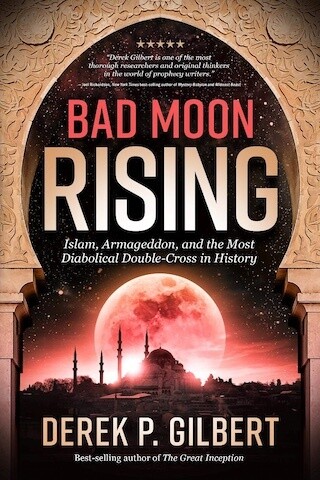 00015
$19.95
Islam, Armageddon, and the Most Diabolical Double-Cross in History
In stock
1
Product Details
Brand: Defender

Islam is too big and too successful to be the work of just one spirit.

Tracing the pagan religions of the nations around ancient Israel, Derek P. Gilbert, author of the groundbreaking books The Great Inception and Last Clash of the Titans, makes the bold claim that the religion of Muhammad is a collaboration by the old gods of Mesopotamia, a desperate partnership of fallen angels who were caught off-guard by the Resurrection of Jesus Christ.

Drawing on peer-reviewed academic research, Gilbert exposes Islam as a dark alliance of pagan gods and lays out a scenario of the end times that reveals the bloody role of Islam on the road to Armageddon.