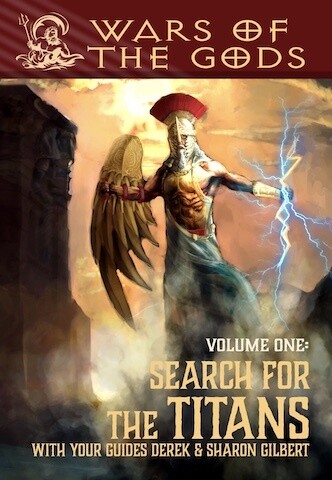 Wars of the Gods, Volume 1: Search for the Titans

Follow the evidence with SkyWatch TV's Derek and Sharon Gilbert as they tour Israel, Jordan, and the mysterious "tombs of the giants" on the island of Sardinia! Special guests include Timothy Alberino, Spanish explorer Anselm Pi Rambla, and Aaron Lipkin.

There were giants in the earth in those days; and also after that, when the sons of God came in unto the daughters of men, and they bare children to them, the same became mighty men which were of old, men of renown.
- Genesis 6:4