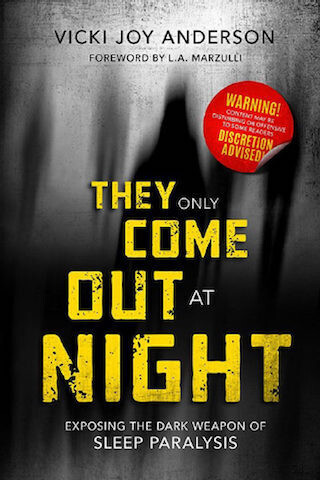 They Only Come Out at Night

Because science and the supernatural have undergone a bitter divorce, we modern folk now go to one facility to worship and pray, and we go to a different facility entirely to tend to our physical wounds and maladies. But this was not always so. In antiquity, the worlds of pathology and the paranormal were inextricably entwined. To sever the two now will only serve to keep both sides in the dark.

Centuries ago, the apostle John warned the Body of Christ to beware of false prophets and antichrists. The book of 1 John offers guidance on how to discern fact from fiction, friend from foe. Sadly, the twenty-first century wolves have concocted some rather convincing sheep costumes, and these shysters are becoming increasingly difficult to detect. The apostle Paul also forewarned us that a day was coming when the false prophets wouldn’t be guys with a head full of black hair dye, decked out in pentagram medallions, tattoos, and heavy metal t-shirts; but they would “masquerade as servants of righteousness,” and that Satan himself would appear as an “angel of light” (2 Cor. 11:13–15).

Historically, SP sufferers have told macabre stories of dark entities, shadow people, paralyzation, and terror. But in this new era of paranormal disclosure, the false prophets coming to us from beyond the veil aren’t baring vampiric fangs or cackling like hags—they are presenting themselves as angels, spirit guides, or dearly departed loved ones. Rather than fright, victims express being filled with almost orgasmic levels of joy, peace, and love after encountering these beings. And while these experiences might bring on a temporary high, these “angelic” entities have the same end game as their historical “demonic” counterparts—to lure us into the arms of an awaiting messiah—their messiah, not ours.