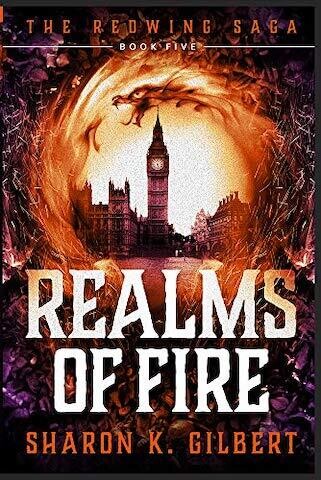 Realms of Fire: Book Five of The Redwing Saga

As the Stuart and Sinclair families prepare to celebrate Christmas at Branham, a mysterious group called the Blackstone Exploration Society dig for hidden secrets in the estate’s old tunnels. After one of the group’s volunteers is found murdered, Charles Sinclair must use all his skill to unmask the killer; be he spirit or flesh.

Redwing is fracturing, and even Raziel is at risk; whilst in France, a powerful challenger arises. The powers and principalities of hell conspire to bewitch the men of the Inner Circle, and Redwing’s oldest goals bear evil fruit. Are Charles’s vivid dreams part of that plan? Are they lies, or is he beginning to remember his lost childhood? If so, then why do they always include a Dragon?