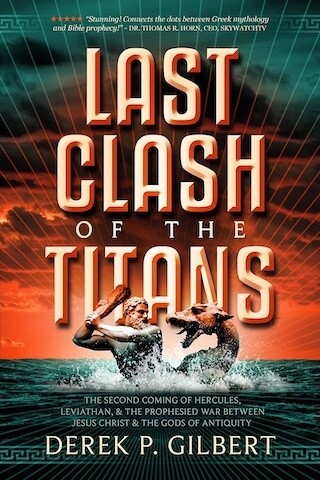 Last Clash of the Titans

00011
$19.95
The Second Coming of Hercules, Leviathan, and the Prophesied War Between Jesus Christ and the Gods of Antiquity
In stock
1
Product Details
Brand: Defender

Greek and Roman myths are twisted versions of history: Zeus is Satan, the Titans are the sons of god who came in to the daughters of man, and the heroes of the Golden Age are the mighty men of old: the Nephilim.

There's a good chance you were taught that the pagan gods were imaginary. But God Himself calls them gods. Not only that, He's judged them, found them wanting, and proclaimed a sentence of death.

In Last Clash of the Titans, you'll discover that the Titans, the old gods of the Greeks, are the Bible's Watchers, rebel angels who fathered the monstrous Nephilim. The Nephilim giants, later called Rephaim, were worshipped by the Canaanites and became the heroic demigods of the Greeks. But the Hebrew prophets Isaiah and Ezekiel--and the pagan prophet Balaam--tell us when, where, and by whom they'll be destroyed.

Zeus, Hercules, the Olympians, and the Titans are real. They hate us, they want to kill us, and they're coming back.